Feel 100 With These Zero-Proof Holiday Mocktails Zero-proof mocktails are always in season, but are especially endearing around the holidays! We want you to be prepared ahead of time this year as the end of the year is coming up quick and you're sure to be doing lots of celebrating and socializing.

If you want to be the hostess with the mostest, having non-alcoholic options is a must!

The coziest and most healthful drink you could dream of this frosty season. A perfect nightcap by the fireplace or on the couch.

Add all of the ingredients for the syrup together in a small sauce pan and stir occasionally. Once it comes to a soft boil remove from heat and discard the lavender. 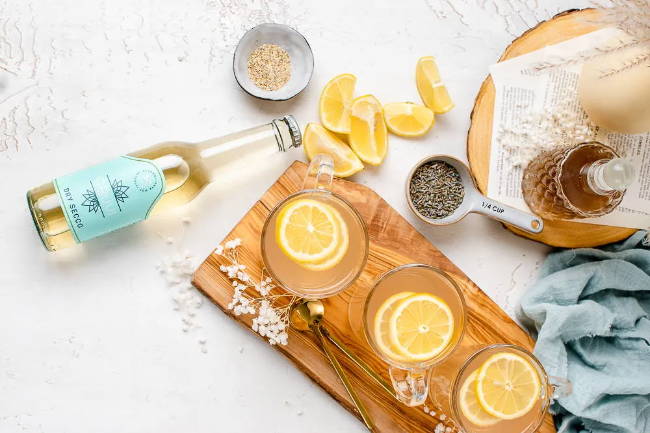 The coziest and most healthful drink you could dream of this frosty season. A perfect nightcap by the fireplace or on the couch. 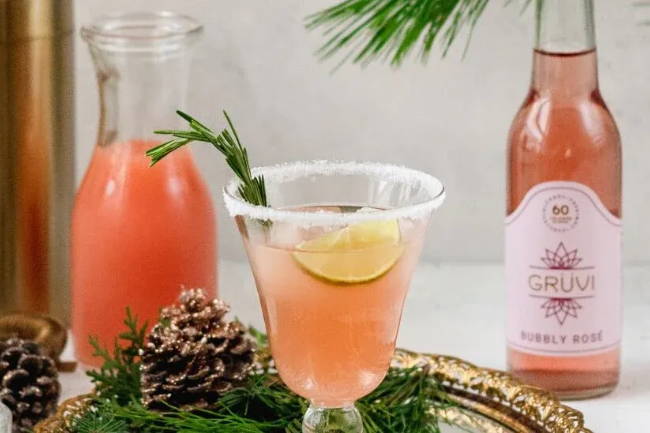 Talk about, yum. You certainly won't miss the alcohol with this sweet and juicy, zero-proof sangria. It doesn't hurt that it's only 2 simple steps!

If you're looking for different but simple, this is the zero-proof mocktail for you. Just 4 ingredients and 3 steps, the perfect winter-time sip!

Nothing lights up your taste buds quite like ginger! Concoct this memorable mocktail with the best-selling Dry Secco. 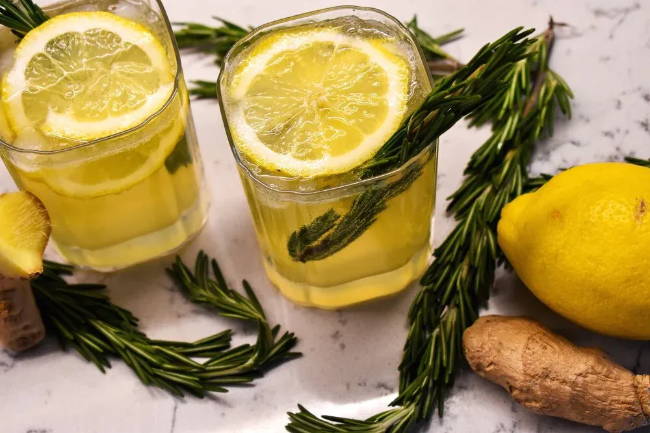 This Cranberry Rosé Spritzer screams (or sings) holiday cheer(s)! A little more intricate, but worth the effort for a fantastic bev and impressed party guests.

The name of this holiday mocktail speaks for itself. The snazzy cinnamon stick is just the cranberry on top of this full-flavored drink! 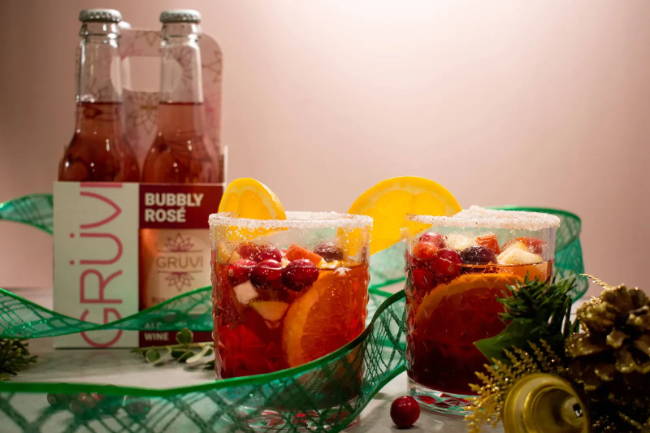 Cheers to no holiday hangovers!

Choosing non-alcoholic drinks for your holiday party helps include everybody and ensure a fun and safe evening for all. Cheers!